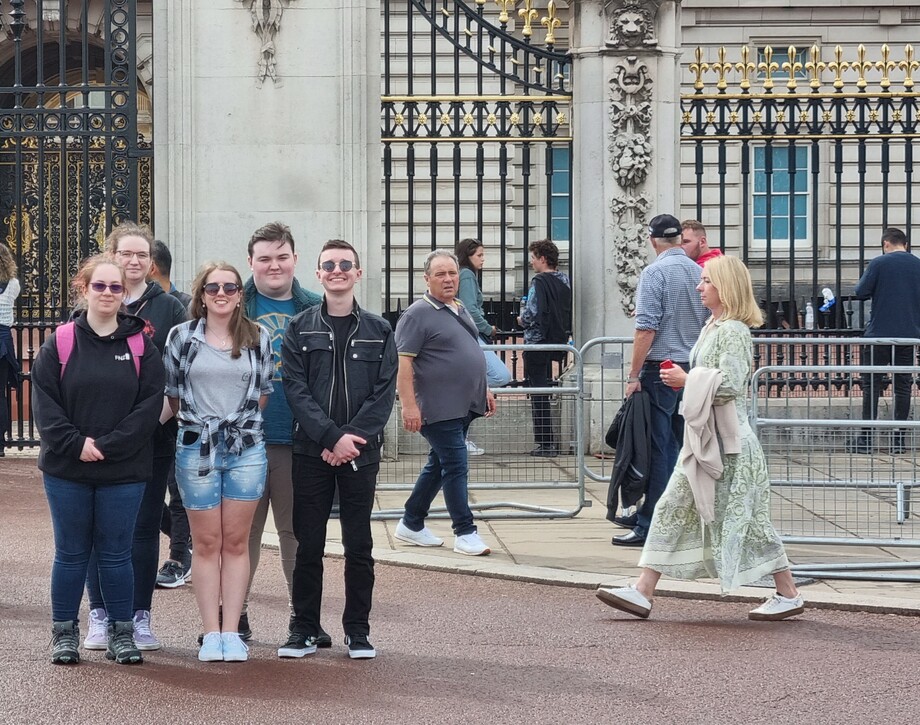 Lecturers had organised a three day stay in the capital which coincided with the announcement of the new prime minister.

On Tuesday 6 September, the students were given a tour of the Palace of Westminster where they were able to see debates take place in both the Commons and the Lords before they carried out a series of interviews with high profile politicians.

Cardonald’s SNP MP Chris Stephens and the Shadow Chief Whip (for Labour) Sir Alan Campbell spoke with the group for nearly two hours in total about a whole series of issues such as the cost-of-living crisis, how parliament operates and the potential of another independence referendum. 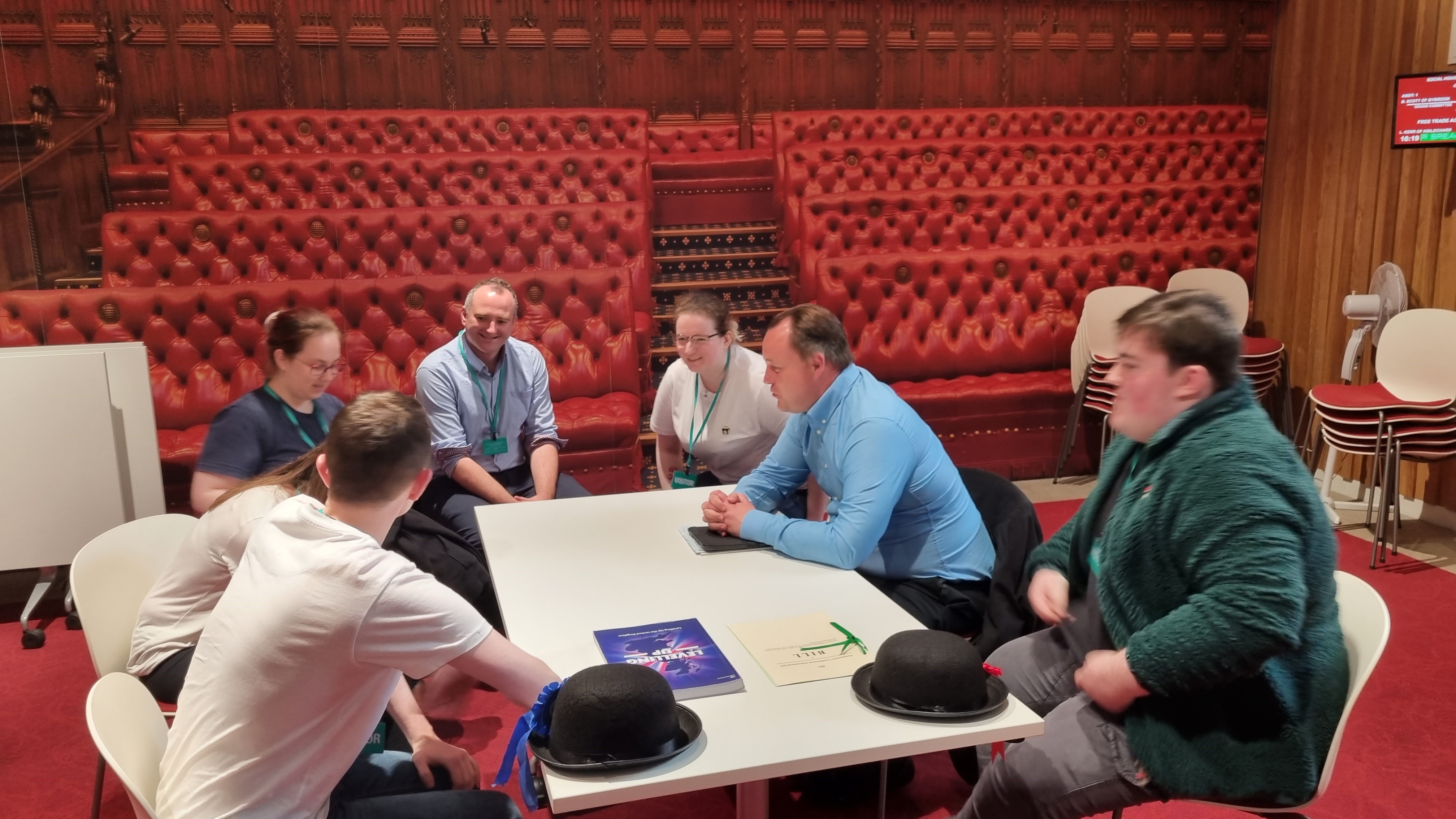 Sir Alan was able to talk about his long and illustrious career as one of the UK’s longest serving MPs, supporting his Tynemouth constituents for over 24 years. He was also able to give them an insight into what it has been like to work under five different Labour leaders including prime ministers, Tony Blair and Gordon Brown. 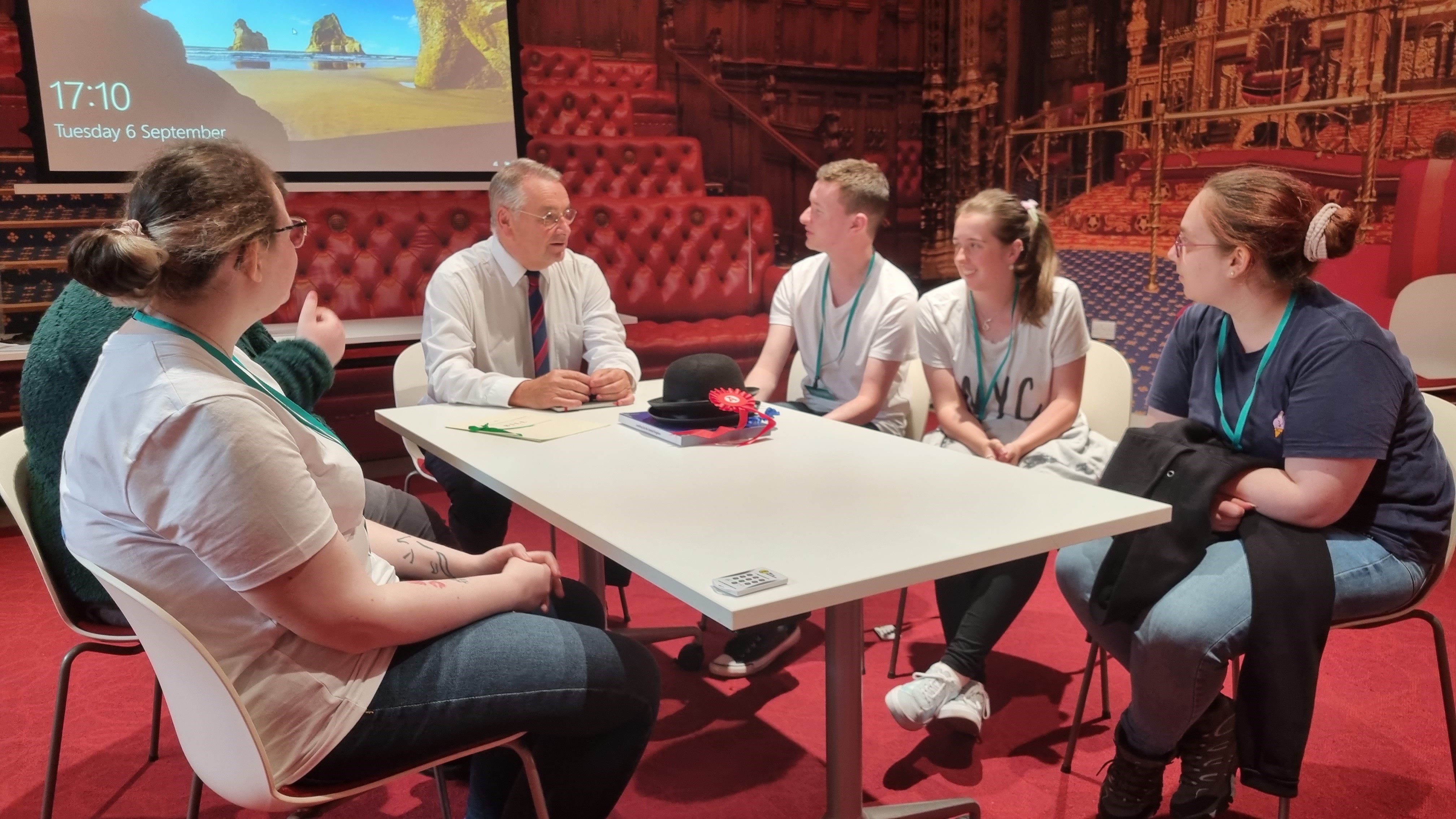 The following morning, the group were welcomed to Dover House, which is the office of the Secretary of State for Scotland, Alister Jack. Mr. Jack had just been to his new prime minister’s first cabinet meeting at 8.30am before hop-footing it down the road to spend time answering the students’ questions. Even though, the Dumfries and Galloway MP’s diary had become significantly busier because of the new PM, he was still determined to speak with the trainee journalists. The group was then allowed to watch prime minister’s questions in the State room. 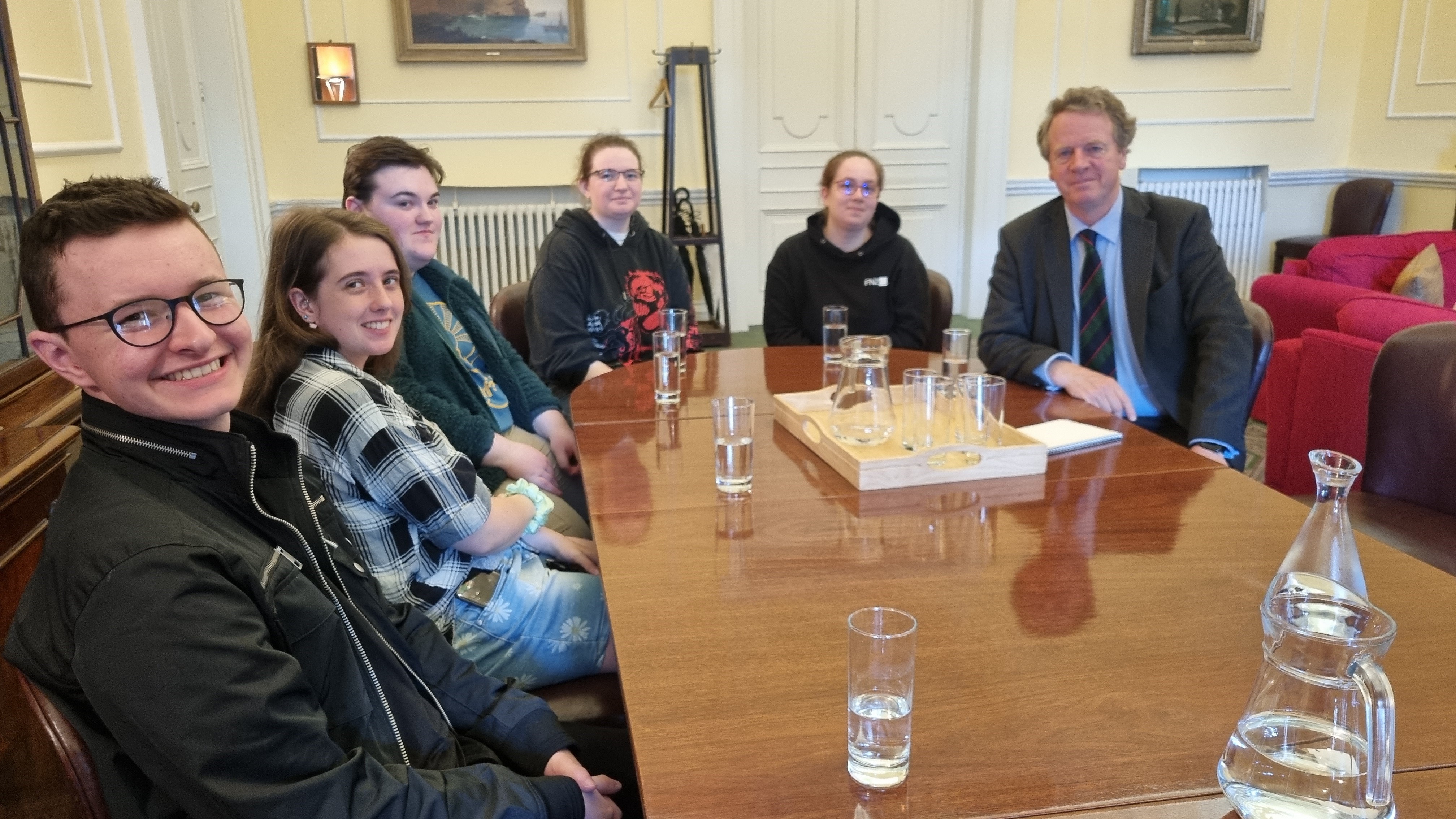 The day ended back in the House of Commons, where the SNP’s Westminster Leader, Ian Blackford was waiting to give his response to the PM’s maiden question time performance. The MP for Ross, Skye and Lochaber spoke for over an hour with the students giving an honest account of what it is like to be the leader of the third largest party in the UK. The SNP is now based in the offices where the Liberal Democrats were housed for decades, showing a sign of the times. 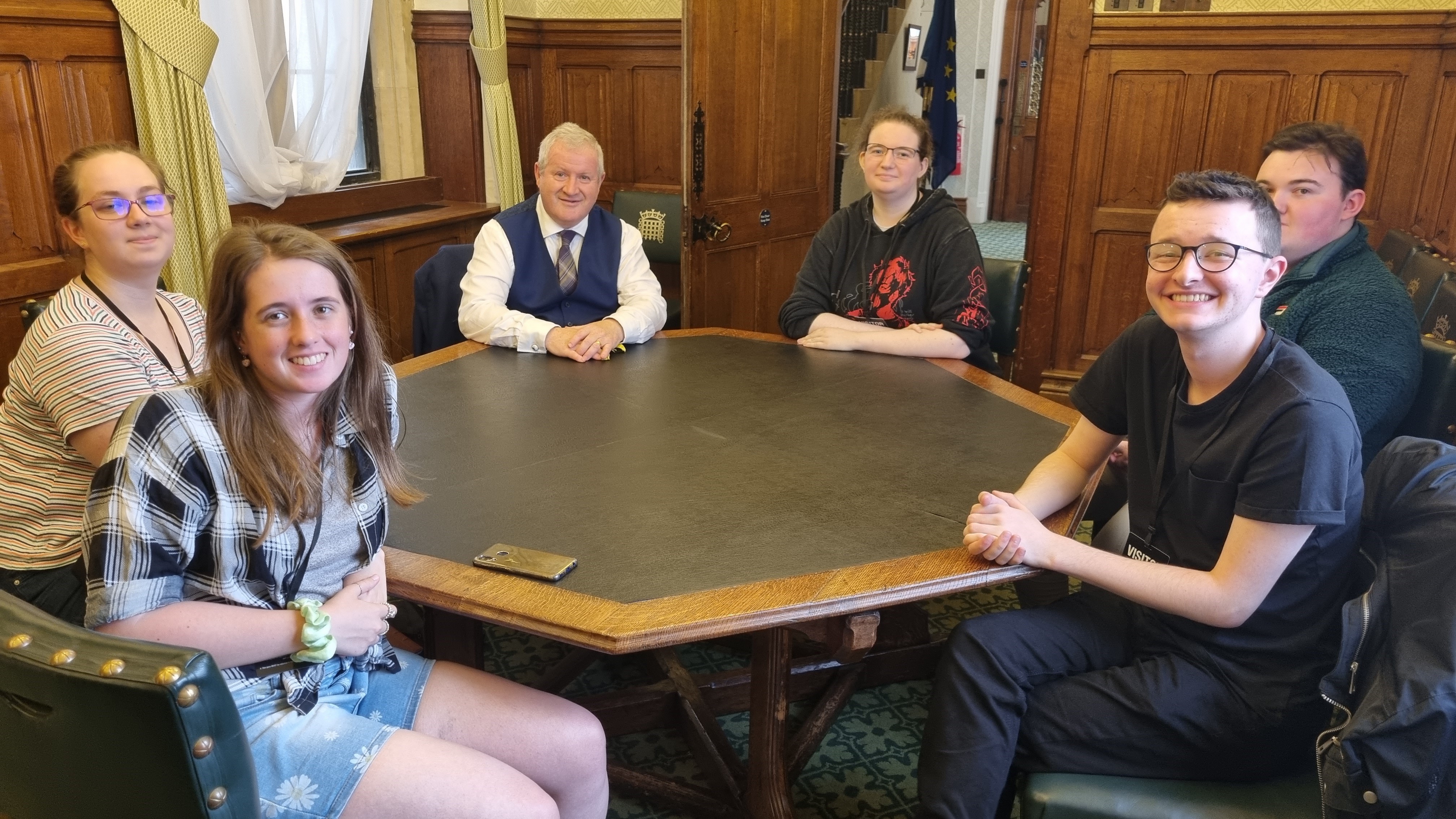 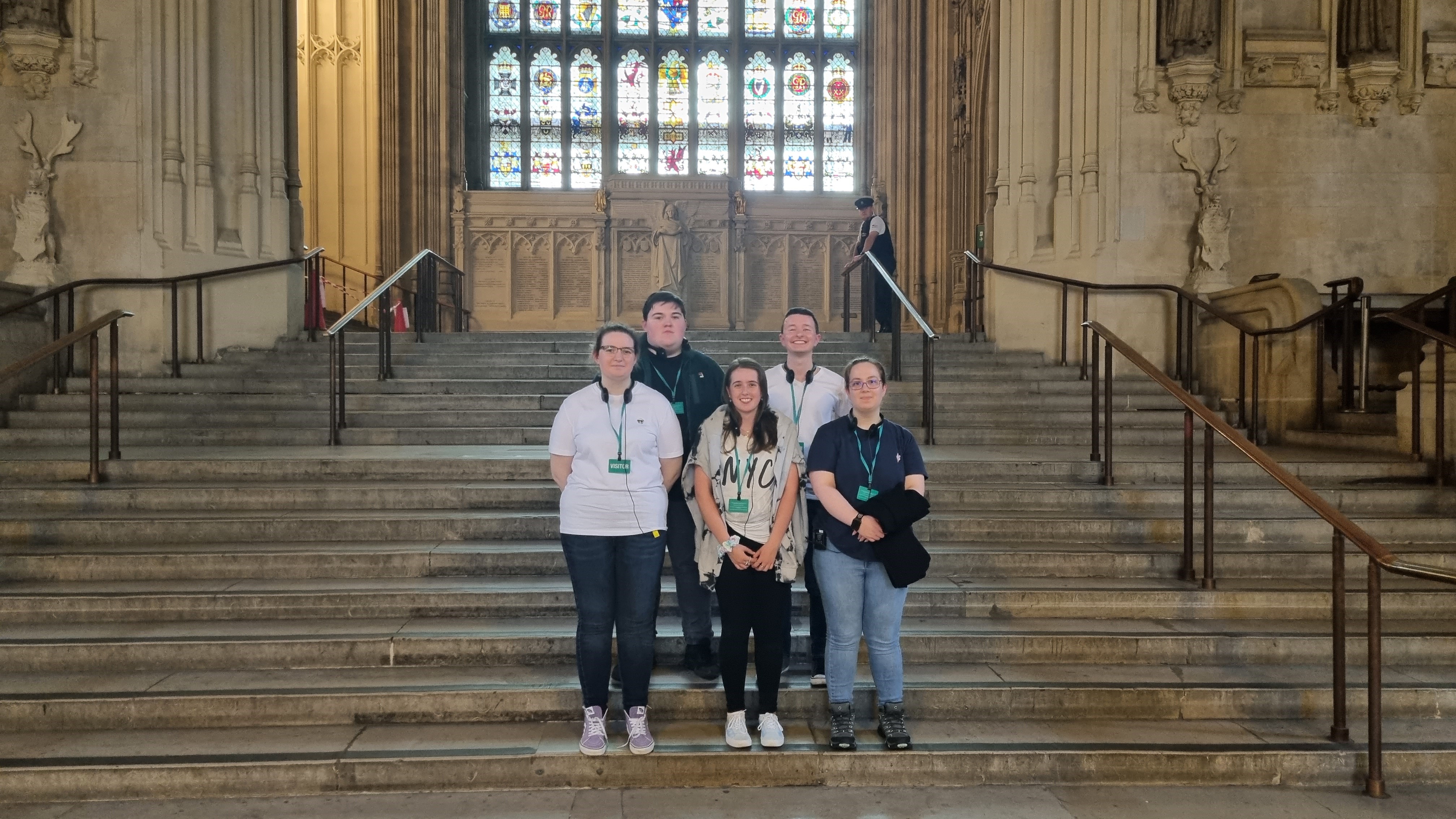 The group left on Thursday afternoon and as they made their way for Gatwick Airport, they were hit with the sad news that Her Majesty, the Queen had passed away. On Tuesday, Britain’s longest reigning monarch had just asked her new prime minister to form a government. And on Wednesday, the students had taken a trip up the Mall to have their pictures taken outside Buckingham Palace in-between their respective meetings. They had also stood in Westminster Hall that week, days before the Queen would lie in state there and allow mourners to say their last good-byes.

One of the students, Emma Pearson was asked what the trip meant to her.

"I absolutely loved going to London, especially at the time when Liz Truss was revealed as the new prime minister. Meeting and getting to interview Chris Stephens, Sir Alan Campbell, Alister Jack & Ian Blackford felt quite special and I enjoyed asking the different questions I had for them and hearing their answers. Also getting special access to the buildings and events made me feel very important.

I think what shocked me the most was when the Queen passed away and seeing everyone at the Buckingham Palace to pay their respects to her. This impacted me and moved me as we had visited the palace 24 hours before the announcement.

I will definitely never forget the trip and the whole experience of it. Thank you Glasgow Clyde College.”

Ross said: “We were thrilled to arrange such an exciting trip for the students. The politicians gave us all a very warm welcome and were clearly delighted to see the students take such an active interest in politics and make the trip from Glasgow.

Following the pandemic, we were determined to give the students an opportunity like this. We are extremely grateful to the MPs for giving up their time and for the UK Parliament’s Education Centre for arranging the tour. Each day was memorable for different reasons and sadly the Thursday will be remembered for the passing of the Queen.

I know we are hoping to organise more trips for the current students and trips for future students."