Promising journalism student is snapped up by the BBC 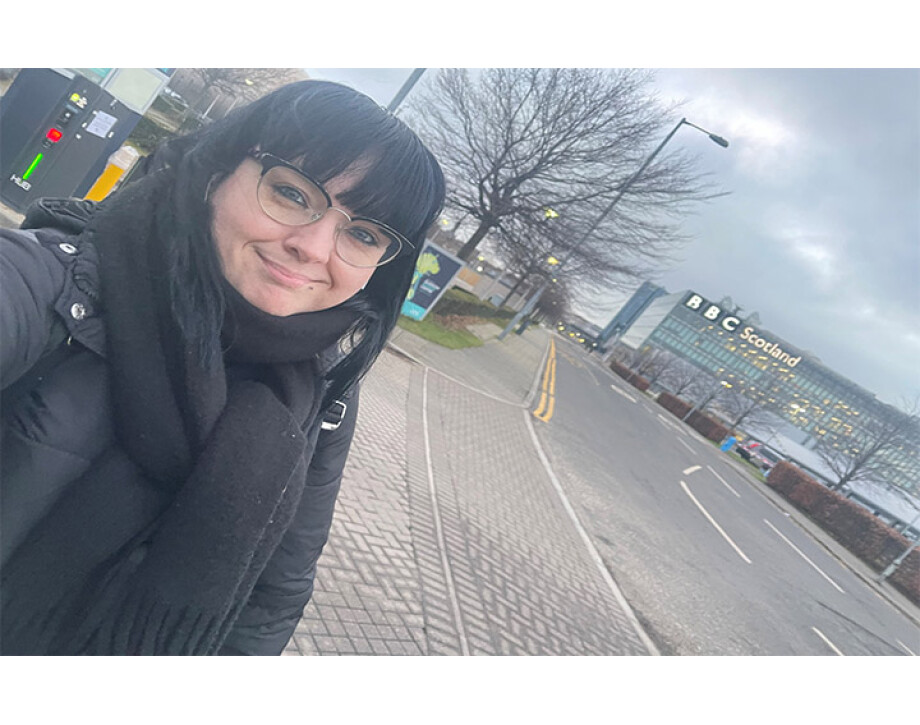 A rising star on Glasgow Clyde College's HND Practical Journalism course has been selected to join the BBC’s apprenticeship scheme.

Ashleigh Keenan-Bryce fought off fierce competition, managing to successfully come through the application system which witnessed hundreds of entries from across the country.

It marks an impressive year for Ashleigh, who was crowned best newcomer at the UK Community Radio Awards after volunteering as a journalist with Perthshire’s Heartland FM.

Now Ashleigh will be working with the online news team and will be based at BBC Scotland’s headquarters at Pacific Quay for the next two years.

Ashleigh will be joining 26 other apprentices on the programme, and based all over the UK, who will mix work at the BBC with study towards the Level 5 apprenticeship.

The college, in partnership with Glasgow Kelvin College, will also train the BBC’s journalism apprentices, based in Scotland, by studying the NCTJ Diploma in Journalism course. The BBC’s Production Apprentices will also receive training in television, radio and digital production and craft skills at the colleges

Ashleigh said: “Although I was set on journalism being my dream career, I didn’t have a specific job in mind that would be my eventual goal. I chose to have this outlook because I wanted to say yes to anything and everything that came my way.

“Thanks to that mentality, I was able to grasp so many opportunities whilst studying at Glasgow Clyde that I never thought I would be offered.

“When the chance came along to apply for the BBC’s Fast Track Journalism Apprenticeship, like everything else I threw my name in the hat and just waited to see where it took me.

“Somehow, as each stage of the application process approached, I was invited back again and again.

“Each and every time I met with the BBC, I showed them who I really was and put every effort into that next stage because for all I knew, this was the last time they would ever see me and I at least wanted to be remembered.

After my first few weeks on the scheme, all I can say is that I feel so lucky and grateful to be here.”

Curriculum Manager for Journalism and Events, Ross Nixon said: “We are absolutely delighted for Ashleigh. She has taken every opportunity that has been given to her and has relished every challenge undertaken.

“In such a short space of time, Ashleigh has learned so many new skills for a multi-media industry.

“Not only did she learn the skills in class, she then practiced using them in extra-curriculum activities which in turn have been used to produce excellent pieces of writing, podcasts and radio programmes.

“Although, we are very sad to lose such a talented student, we know she will make an excellent apprentice at the BBC.”

BBC Editorial Portfolio Manager, Daniell Morrisey, said “Our Journalism Fast Track Apprenticeship is a wonderful route into the industry giving our apprentices the opportunity to learn on-the-job whilst studying for a qualification. Ashleigh is a great addition to this year’s cohort and I look forward to seeing her develop and flourish in her career as a journalist.”

The BBC Journalism Fast Track Apprenticeship is currently open for application for the next scheme starting in September 2022. The closing date is 14th March 2022. Check out the website at  Journalism Apprenticeship Fast Track - Careers (bbc.co.uk)  or on social media @BBCGetIn.