From scrubs to shrubs 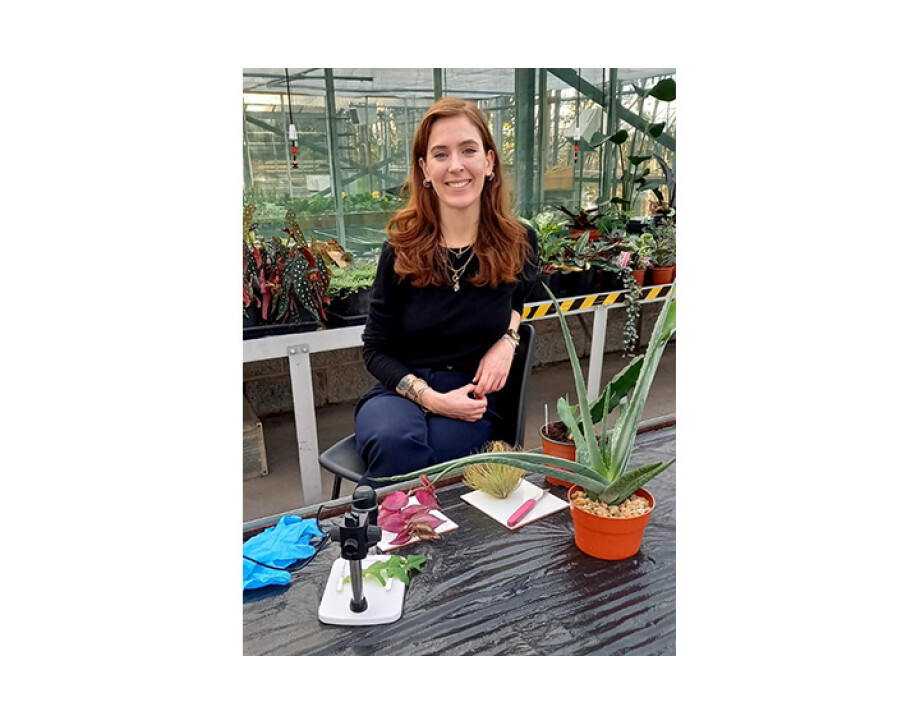 A medicine graduate and fully qualified Doctor, Eloise Fenton, has swapped her stethoscope for a shovel in pursuit of a new career in Horticulture.

Dr. Fenton (29) decided to do a complete career change in the midst of the pandemic and enrolled on one of Glasgow Clyde College’s Horticulture courses.

Initially attracted to the study of plants through a desire to learn how they can benefit the environment while also helping people’s physical and mental wellbeing, Eloise is now completing an HNC in Horticulture.

Covering gardening, landscaping and plant identification and upkeep, it’s a long way from her former career where she worked in hospitals around the city tending to the most vulnerable in specialties such as cardiology, acute medicine, and geriatrics.

This news comes as Fenton and fellow Glasgow Clyde College student, Natalia Reifart-Bieganowska (35), have been recognised for their impressive horticultural achievements in the annual LANTRA Alba awards.

Eloise Fenton said: “To be nominated for such a prestigious award is a real honour. It’s testament to the fantastic Horticulture team at Glasgow Clyde College for welcoming me with open arms and allowing me to flourish!

“I knew that I wanted a career change and wanted to try to pursue something that I had a genuine interest in and that made me happy. Any career change is always a big undertaking but everyone I’ve met has been so helpful so I’m glad I took the leap of faith.”

Working as a part-time florist alongside her studies, Eloise puts her new skills into practice while also volunteering as part of the Kindness Homeless Street Team – a group that supports Glasgow’s homeless population through provision of food, drink, clothing, and toiletries.

Fully focused on pursuing a career in Horticulture, Eloise hopes to eventually study a masters degree in conservation, or a similar field, so she can use her qualifications to try to help make a difference in the current environmental crisis.