Students work alongside climate campaigners and celebrities at COP26 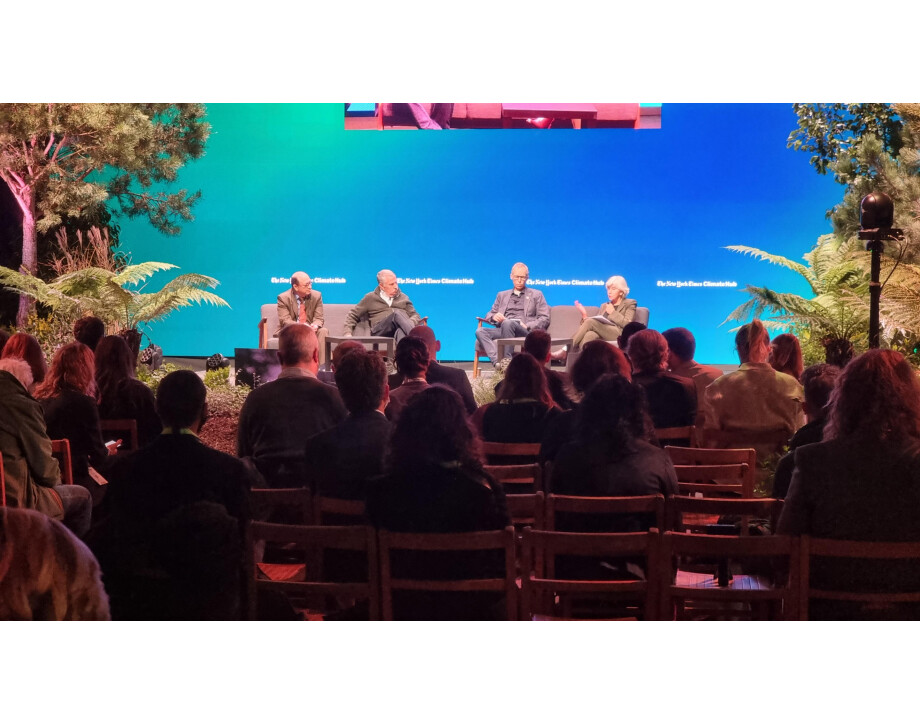 Journalism and Event Management students have been reflecting on working at one of the biggest events during COP26.

They had been gaining experience at the New York Times Climate Hub at the SWG3 venue in Finnieston which attracted a wrath of Hollywood A-listers including Leonardo DiCaprio, Emma Watson and Matt Damon.

A dozen students from the HND Events Management course were given various roles including media accreditation and welcoming delegates when they arrived.

Keira Tansey who is in first year said: “For my role, I was in charge of giving out the correct people their accreditation for the events they had registered for, or I was searching for guests on the electronic system when they arrived on site.

“The team I was working with (both fellow colleagues and management) were great, super friendly and helpful - the team, 100% made the event.

“It has been really interesting to see how an event so large comes together.

“I would love to be involved with something similar again.”

The Climate Hub ran for the majority of the last two weeks coinciding with the main UN event across the Clydeside Expressway at the SEC and Hydro.

The American newspaper also invited major global environmental and humanitarian campaigners such as Greta Thunberg, Malala Yousafzai and John Kerry to talk to delegates, members of the public and the world’s media about the pressing climate change issues.

And students from the college’s NCTJ and HND Practical Journalism courses at the college were part of the congregated media after obtaining press passes for it.

They were able to work alongside other reporters at press conferences learning from the industry professionals.

Penny Herne who is a second year on the HND Practical Journalism course said: “One of the highlights for me was the girls’ activists panel which was hosted by Emma Watson.

“She interviewed a host of contributors including Greta Thunberg, Vanessa Nakate and Malala Yousafzai.

“This was such an inspirational session and provided me so much information for an article I’m working on about education on climate change for girls and women in the countries most affected.

“The experience also gave me an insight into the journalism industry and what it’s like to report from major events like this one.

“As this was my first event covering as a journalist, I was unsure about where to go and who to approach for interviews, but the New York Times staff were really approachable and friendly and went above and beyond to help me source stories and feel settled at the conference.”

Tom Grant is studying on the NCTJ diploma in journalism (fast-track) course:

“I attended day one and on that day expected speakers were people like Channel 4 News’ Krishnan Guru-Murthy, and former vice-President and climate campaigner Al Gore, amongst many others.

“I wanted to go down to the hub because it was something a little different to the protests and the marches in and around Glasgow.

“I also felt it was visually stunning with the hub having 197 trees planted inside it; one for each world leader in Glasgow and due to be planted in a park in Glasgow – the NYT’s legacy to Glasgow for hosting COP26.

“I feel this experience has helped both my course at Glasgow Clyde college and my career.

“For my course, I am going to use the footage shot to make a short film about the experience.

“For my career, it has given me a glimpse of what it’s like to be part of the press, and has given my the bug, further fuelling my desire and thirst to do this as a job for the remainder of my working life.”

Students from both courses had the chance to explore events across the city and those studying journalism then produced a series of COP26 related articles for the Clyde Insider, the Journalism student's online newspaper.