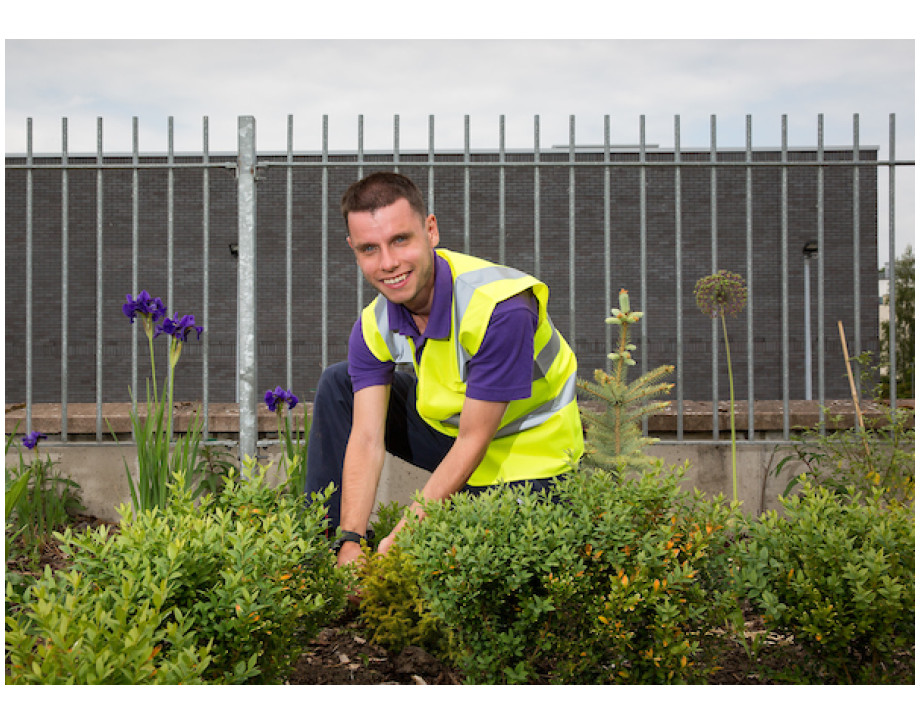 Horticulture student, Ross Yuile, has been announced as a finalist at this year’s LANTRA Scotland awards.

Nominated in the Learner of the Year category, Ross, 25 from Crookston is currently studying HNC Horticulture at Glasgow Clyde College. Rural employers, colleges and schools were asked to put forward their best learners to help recognise and promote the industry’s best talent.

Ross said: “I can’t really believe that I have been nominated as Learner of the Year, it’s really amazing and something I wasn’t expecting. I’ve been interested in horticulture since I was at secondary school after I took part in a landscaping course. I’ve spent the last two years at college building up my qualifications and knowledge before joining the HNC last August.

“For me, being outside and getting involved in the practical elements of horticulture is what I love most. I’d encourage anyone thinking about studying horticulture to go ahead and apply.”

Students studying on the college’s horticulture and landscaping courses attend classes in the £1.8m purpose-built learning centre at the Langside campus. The facility, which opened last summer, consists of two modern workshops and three industrial sized greenhouses and is the only location in Glasgow to offer horticulture courses. The investment will help train future horticulturists to manage Scotland’s increasing number of greenspaces.

Derrek Carson, horticulture lecturer at Glasgow Clyde College, said: “We’re thrilled for Ross and his nomination. He’s worked incredibly hard since he enrolled at the college and has been developing his skill set, gaining experience and is hugely enthusiastic and passionate about Scotland’s greenspaces. Everyone at the college wishes Ross the best of luck for the awards.”

The LANTRA of the Year Awards recognise the achievements of those who work in Scotland’s rural sector. The winners will be announced on 7th March at the annual awards dinner.

Find out more about the college’s horticulture courses. Applications for August start are now open.