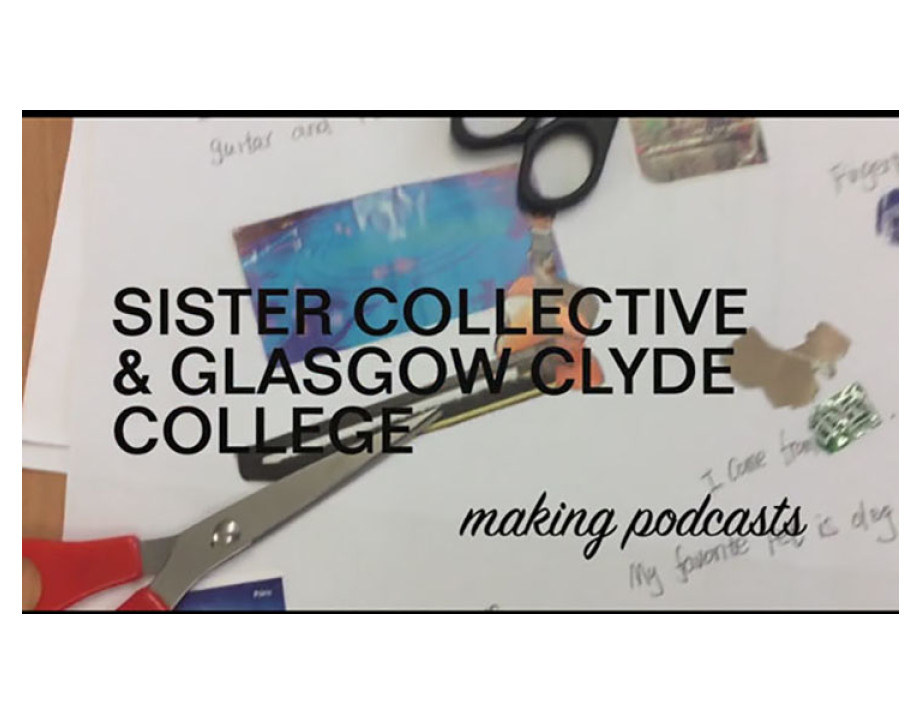 In three new films, released on Sat 20 Jan, people who’ve never made sound art before, never been on the radio before, and never made films before, reveal their own creative process – with courage, frankness and humour.

Jane Fisher, Project Ability participant said “I hate it when things are patronising; but the thing about Project Ability is, you are not there as a person who has mental health problems, with a label over you. You are there as an artist. For me what this whole thing has been about is my work is recognised as valid. It’s not an experience I’ve often had. It means a lot to me, and I can’t really explain to you more than that without bursting into tears and being over-emotional.”

VOX Liminis participant, former prisoner Sandy said “Here I am 65 years of age, this is the first song I’ve written, and the first podcast I’ve got involved in making. I found it daunting at first, but it’s about expressing myself freely. The splashy sound water makes – it’s really amazing. Audio breaks the bonds of isolation and fear.”

Teenage refugee Veronique Monzele, from the Democratic Republic of Congo, an ESOL student at Glasgow Clyde College, said “It’s our first time to make a radio programme. I’m so excited to do it. Before I didn’t know how to make a film. Now I know it’s not hard: if you’re interested, you can do it. The first time I heard our podcast in front everyone, it was amazing!”

Artist Cass Ezeji of Sister Collective said “The emphasis tends to be on integration, but this is the polar opposite. We explored sounds that people used to hear in their own countries, but don’t hear in Glasgow. For example, the sound one girl remembered was the sound of hyenas in the morning. Sound art can be very much a white middle-class audience, with white middle-class participants. We’re mixed-race Scottish artists, it was important for us to try and broaden that out a bit.”