Students get a kick out of fundraising 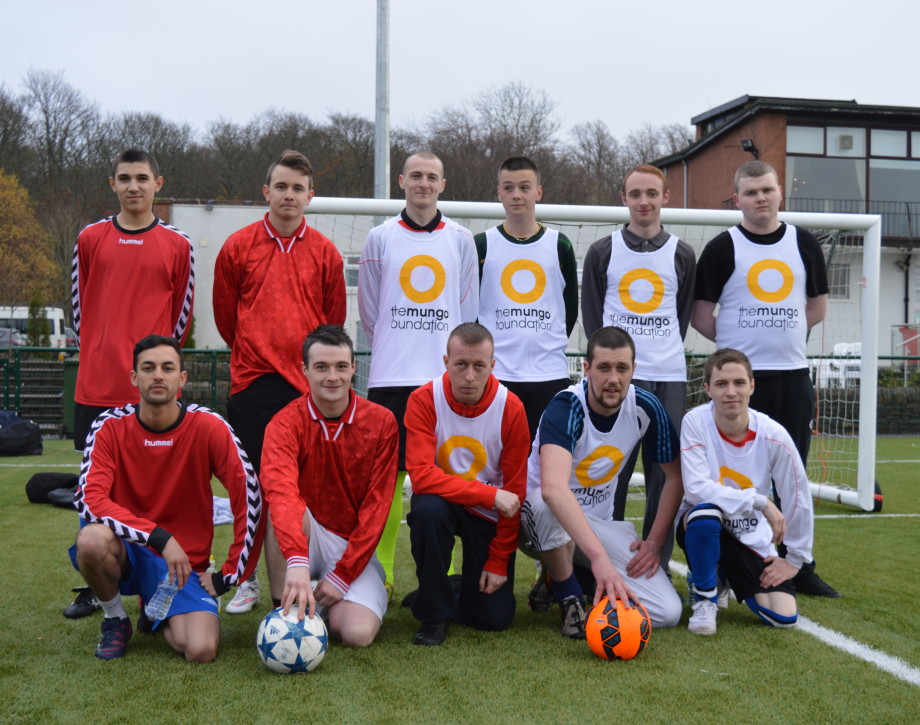 Students from Glasgow Clyde College have proven they have the qualities needed to succeed in life after organising a successful football tournament in aid of Glasgow-based charity The Mungo Foundation.

As part of the college’s partnership with Tomorrow’s People, a group of unemployed students spent weeks organising a five-a-side football tournament to raise funds for the charity and prove their capabilities to potential employers. The successful event, held at Police Scotland’s Lochinch Playing Fields in Pollok Park, was contested by college students and young people from Quarriers James Shields Service, a partnership initiative with Glasgow City Council that provides supported homeless accommodation.

Karen Campbell, a member of the teaching staff at Employability and Continuing Education at Glasgow Clyde College, said: “The students decided they wanted to fundraise for The Mungo Foundation, a charitable organisation that helps the elderly and offers support to vulnerable young people in Glasgow. They have been involved in every aspect of organising this event and I was blown away by their enthusiasm and dedication towards making it a success.

“Their involvement in this project has given them a great deal of experience that will be hugely beneficial to them in terms of applying for jobs when they finish the programme.”

Jordan Docherty was one of the students who organised the event and hopes that his involvement will help him secure a job in the construction industry. The 22-year-old, who is a former pupil of Hyndland Secondary School, said: “I used to play for amateur teams when I was younger but haven’t been involved in football for years so it was great to get back into it. I’d definitely like to play again if they opportunity were to arise.

“I hope that organising this event will look good on my CV and help me gain employment. We were responsible for the entire event – from arranging the teams to phoning up big companies like Tony Macaroni to ask them to donate prizes.”

The Mungo Foundation is a charitable organisation which provides social care and support to vulnerable people in West Central Scotland. The Foundation is responsible for the delivery of a wide range of community-based care and support services to a wide variety of people including young people affected by homelessness, elderly people with dementia and people with learning disabilities that require supporting living services.

Twenty-two-year-old Craig Healy, a former pupil of All Saints RC Secondary School, captained the Glasgow Clyde College team, has seen his confidence soar since becoming involved in the partnership with Tomorrow’s People. He feels being part of such initiatives as the football tournament can help him achieve his ambition of working to help young people.

Craig, from Knightswood, said: “I was taken into foster care aged 14 and got constant sympathy and was treated like a child. I want to prove to people that I can do something – and I still have time to do that. I will do it, definitely.

“My main ambition is to help young people get into work – I want to be the person to tell them, ‘If you want to do something, go and do it’. I didn’t have any ambitions before I got involved with Tomorrow’s People – I had dreams but didn’t do anything about it.

“I was living at home when the Mungo Foundation got involved and I’ve been with them eight months now. I’ll be sad to see them go, because they have done a lot for me. They have given me the confidence and motivation to speak to people. Instead of believing what everyone else says.”