Flying the flag for Scottish engineering at UK awards 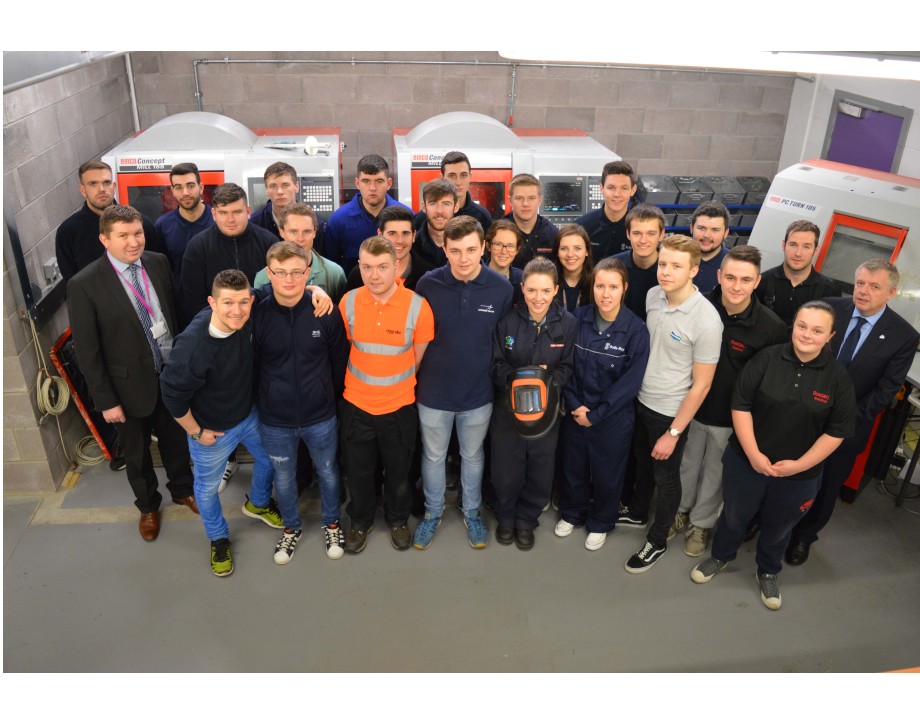 Glasgow Clyde College stands alone as the only Scottish nominee in a forthcoming UK-wide engineering competition.

The College's commitment to engineering and its successful partnerships with the likes of Rolls-Royce, BAE Systems, The Tell Organisation (Lockheed Martin) and Doosan Babcock has earned the institution a place as the only UK college and sole Scottish finalist in the UK-wide SEMTA Skills Awards 2016.

The college, which is Glasgow’s leader in partnership working with industry, has been shortlisted in the SEMTA Skills Awards 2016 Training Partner of the Year category.

SEMTA – the Science, Engineering, Manufacturing and Technologies Alliance – is a not-for-profit, employer-led organisation that aims to enable the UK engineering industry to compete on the global stage. Its annual awards are the most prestigious in the industry and indicate the leading players in British engineering.

The nomination comes soon after two of the college’s other partnerships were recognised by Skills Development Scotland at Scotland’s Modern Apprenticeship Awards. NHS Greater Glasgow and Clyde won The Public Sector Employer of the Year Award whilst BAE Systems Naval Ships was named as the runner-up in the Large Employer of the Year Award category.

David Innes, Director of Faculty for Engineering and the Built Environment at Glasgow Clyde College, was delighted to see the college nominated as a finalist.

He said: "When I saw our name up there as a finalist alongside the likes of Babcock International, Airbus and Lockheed Martin, I was pleased that all the hard work of both staff and students has been acknowledged in this way. SEMTA have recognised the size and scale of our modern apprenticeship scheme, which has increased dramatically during the last two years in terms of the number of industry partners and apprenticeships we support.

"For us, our offering is about making sure apprentices are matched with the correct academic level and that they are industry-ready. We continue to invest in the right equipment for employers across our three campuses, and companies are coming to us to ask about training their apprentices."

The college has invested £300,000 during the last two years in state-of-the-art engineering equipment and technology that meets industry requirements. Further investment is planned in order to ensure Glasgow Clyde College remains at the forefront of engineering training in Scotland.

Recently, the college has become the new supplier of modern apprentice training for Aggreko UK in Scotland. It has also collaborated with NHS Greater Glasgow and Clyde to provide training for the health body’s first engineering apprentices in more than 20 years.