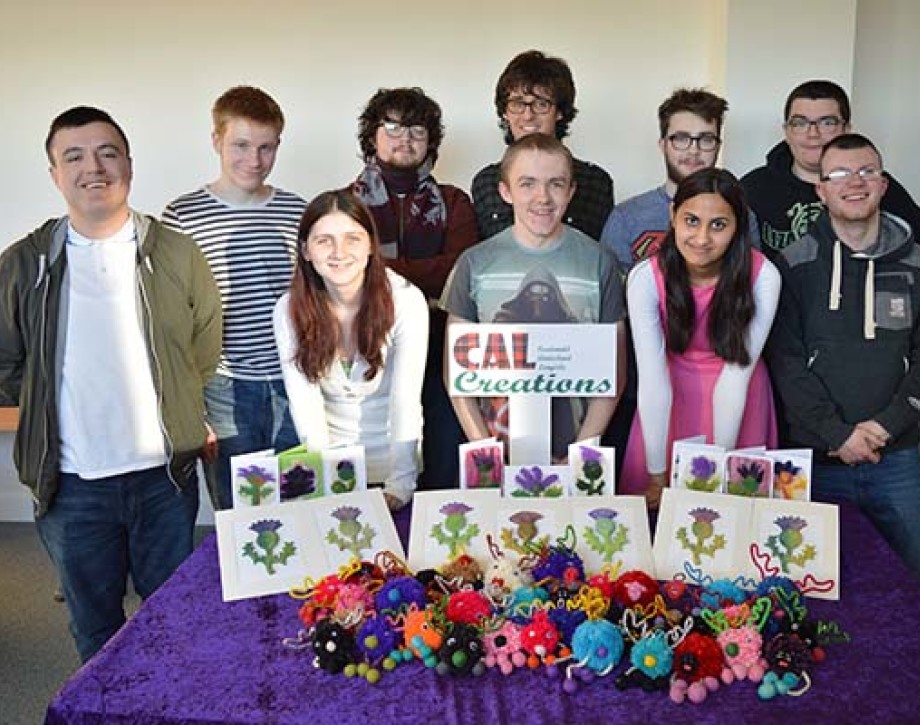 Students on a Glasgow Clyde College course have raised more than £130 to fund class projects. Last year, students on the same course produced an acclaimed portrait of Robert Burns which was displayed in the Scottish Parliament and this money will go towards funding similar projects in the future.

A dozen students, on this year’s Skills for Life and Work programme, spent weeks using their artistic flair to craft a variety of different gift items, which were then sold in pop-up shops across the college’s three campuses.

Carol Riddet, Skills for Life and Work lecturer at Glasgow Clyde College, said: “The course is designed for young people who have additional support needs and wish to improve their independence and employability skills. Making the crafts has taught them that all jobs can be repetitive but that concentrating on them can be rewarding.”
Last year, students on the course used recycled packing from traditional Scottish products, including 175 Irn-Bru bottle tops and Tunnock’s teacake wrappers, to create a mural of Robert Burns. Scotland’s First Minister Nicola Sturgeon was among those to attend the mural’s unveiling at The Scottish Parliament. This year, those undertaking the course made cards and home decorations.

Marc David Stewart, a former pupil of Abercorn Secondary School who also acts as the class representative, felt that learning how to make craft items was good preparation for gaining employment. The 18-year-old explained: “I found the project challenging but really enjoyable as we got to sell the items we made to members of the public. It felt really good when people liked our designs enough to buy them.”

Ryan, 18, from Springburn, has ambitions of working in film and animation after he graduates and felt the project allowed him to indulge his creativity. The former Cardinal Winning School pupil said: “I really enjoyed making these products as it allowed me to be creative.” 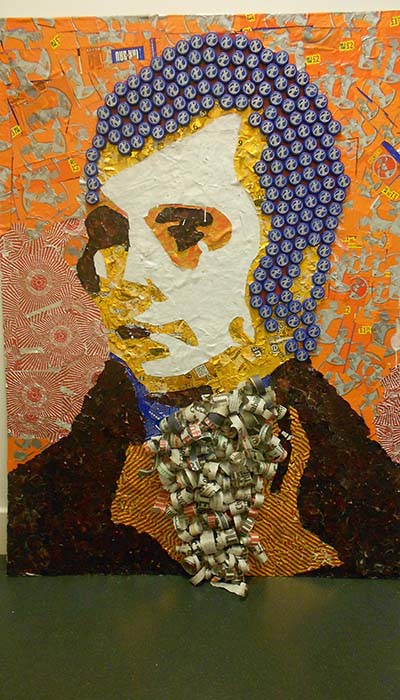