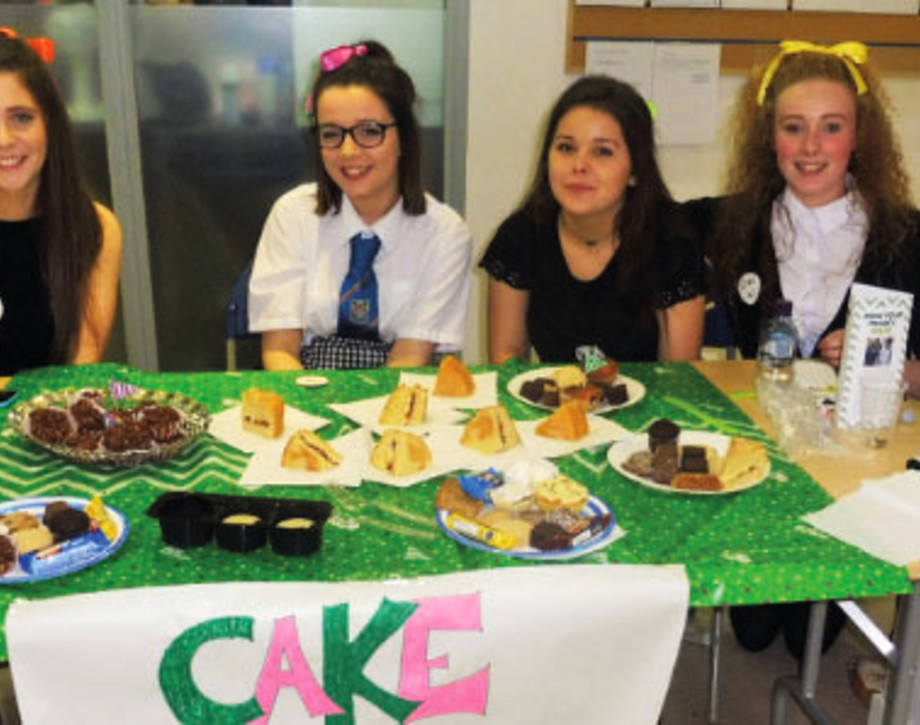 Secondary school pupils from East Renfrewshire who are enrolled on an Events Management course at Glasgow Clyde College have had their achievements applauded in the Scottish Parliament.

The 11 fifth and sixth year students from schools throughout East Renfrewshire – including Mearns Castle, Barrhead High, Woodfarm, Williamwood, Eastwood, and St Ninian’s – set up a 1950s-themed café at Glasgow Clyde College’s Cardonald Campus to generate £317 for Macmillan Cancer Support. They served free cakes and hot drinks to college students and members of the public to a backdrop of images of jukeboxes and vintage cars, with guests invited to make a donation to charity.

In a parliamentary motion, Jackson Carlaw MSP stated that "(the Parliament) considers that all fundraising efforts for such a worthwhile charity should be applauded, and thanks the pupils and their teachers for their continued commitment to the wider community".

Tracey Alexander, lecturer in travel and tourism at Glasgow Clyde College, said: “As their lecturer, I was so pleased to see them do so well. The thing that really stuck out to me was how good this was for their confidence – they are new to the college environment but they did so well interacting with people and took a great deal of pride in making the event a success.

“Now that they’ve held the event, the students will understand more of what I teach them about events as they will be able to refer back their own experiences.”

The event was staged at a number of locations throughout the college’s Cardonald Campus, including a staff room, a classroom, and at a stall in the main concourse area. The project formed part of an Event Management course run by Glasgow Clyde College for fifth-year and sixth-year pupils of secondary schools in East Renfrewshire. Eleven pupils signed up for the course and were praised for their efforts by their lecturer.

Tracey said: “It was really impressive that they organised this whole event as they only started at college in August and aren’t used to the college environment. They had the opportunity to stage any type of event but chose to fundraise for Macmillan Cancer Support and decided to go for a 1950s themed café. A lot of thought went into it and it was very rewarding to see them hold such a successful event.”